On June 5th Denmark held general election for the parliament and with the votes in, Mette Frederiksen - the leader of the socialist party Socialdemokratiet - is expected to be new Prime Minister. She replaces Lars Løkke Rasmussen from the liberal center-right party Venstre, who after the election in 2015 took office after Helle Thorning Schmidt, the previous leader of Socialdemokratiet. With minority governments quite normal in Denmark, the Lars Løkke Rasmussen minority center-right government with Venstre and two smaller liberal parties, is followed by another minority government with Socialdemokratiet at the centre of the coalition.

The change of government should not be expected to have any significant impact on the Danish economy in business cycle terms or structurally. The differences are comparably relatively small in Danish politics.  The two main parties, Socialdemokratiet and Venstre, are in reality politically fairly close to each other in most areas, despite the fact that they historically represent opposite sides in the parliament. This was underlined in the run up to the election with discussions of a possible government consisting of both parties, with Lars Løkke Rasmussen mentioning it specifically.

With Mette Frederiksen as the Prime Minister, one can expect that the Danish government will continue to deliver on a responsible economy policy that will support a healthy economic development and the AAA rating on Danish government bonds. Overall, there is no indications of significant changes to economic policies. The Danish economy has been in an upturn for more than six years, and currently fiscal policy should be kept close to neutral to avoid overheating. We expect the new government to share our view, and we do not see a big risk of overspending.

One of the main themes in the run up to the election was early retirement for workers close to the pension age with reduced ability to work after many years on the labour market. A new scheme was decided on by the previous government, and we could see fresh discussions now, but cutting through the fogs of political rhetoric, the real difference in opinions are small. Further, there are no signs of major changes to the pension setup, with the pension age currently automatically adjusted to changes in life expectancy. We firmly expect that neither sides of the parliament will push for changes that could jeopardize public sector finances.

Regarding housing policy we do not expect major changes either. Before the election, one of the central figures in Socialdemokratiet did talk about a possible loosening of lending regulation in city areas after years of tightening. The aim was to make it easier to buy the expensive apartments in Copenhagen and other larger cities. Still, such policy moves could likely translate to even higher prices, and there was no support from other political parties and notably the Danish central bank will be very much against it. So no changes should be expected here either. 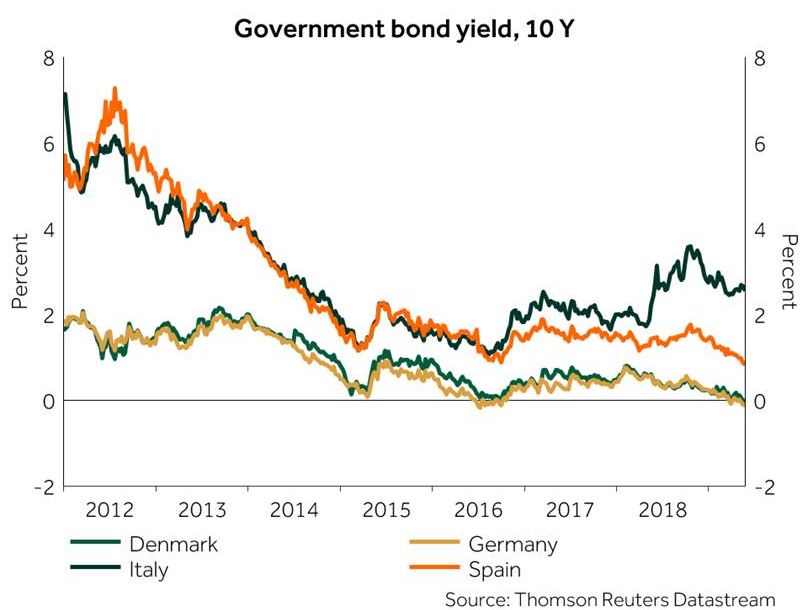