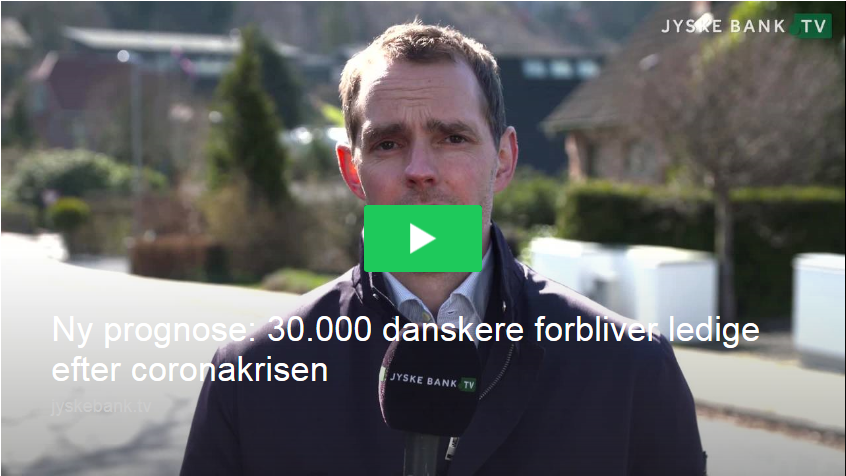 Jyske Bank's economists have tried to calculate the consequences of the corona crisis: ‘We will (perhaps) escape more reasonably from this than during the financial crisis’.

The Danish Economy: 30,000 Danes remain unemployed after the corona-crisis

In the most optimistic scenario, the corona crisis will mean 30,000 more unemployed when entering 2021. The unemployment rate will thus rise to 135,000 people. In spite of this, we would come through this less drastically than we did during the first year of the financial crisis - when 175,000 Danes lost their jobs.

In the short term, the corona crisis will be a severe blow to the Danish economy. Niels Rønholt, chief economist at Jyske Bank, emphasizes that the day you open the community up again, there will naturally be a large increase in activity. However, the problem is that there will be companies and jobs that have been permanently lost during the shutdown.

Jyske Bank's economists estimate that Denmark's gross domestic product (GDP) will shrink by 3.3%, by the end of 2020. In comparison to 2009, where GDP fell by 4.9% as a result of the financial crisis.

Niels Rønholt also emphasizes that these are extremely uncertain estimates. Both in terms of the fall in GDP and the number of jobs lost. Not least because no one can predict the exact impact of the many support packages that the government has put in place to mitigate the effects of the corona crisis - but there is also no experience of similar crises to draw on.