High Yield Bonds – we see continued potential within many sectors

The global high yield strategy has proven very robust so far this year. It has managed to outperform in the bull market at the beginning of the year and, more importantly, it has added even more outperformance in the recent volatile quarter were the dark clouds of trade war, European recession and Brexit has been on the horizon.

Macro risk is still high going forward with no imminent solution to Brexit and the trade war. ECB might restart buying bonds, German or Chinese governments might try to kick-start their economies and the US might lower interest rates, which will have a positive effect on the market, whereas a full blown trade war or hard Brexit will be negative. In general, we try to neutralize macro risks and focus on finding the robust companies whit decent spreads instead of trying to predict the outcome of Brexit and trade war.

Going forward, we still see potential within many sectors – even in some of the sectors who are currently out of favor, we are able to find niche players with pricing power, strong balance sheets and great growth potential. The stock market has punished European banks hard this year, but the bond market has had a more positive view on European banks with AT1 bonds outperforming the market. Even though we recognize issues with low European growth and Brexit risk, we see potential in some of the stronger banks going forward. We expect banks in Europe to lower deposit interest rates to negative territory, which will improve earnings, and technology will enable banks to take out even more cost. Further, we expect new opportunities to pop up in technology and infrastructure due to 5G roll out, declining cost of alternative energy and electric cars. 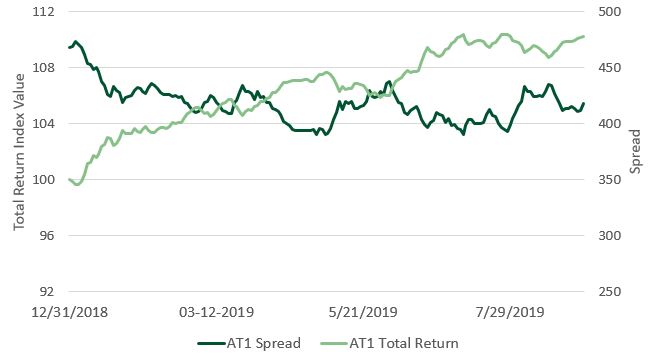